Prior to begin with the questions themselves, I'd like to thank the European Blizzard team for having chosen the Judgehype.com site for this interview. Numerous visitors took part to the redaction of these questions and I hope they'll allow learning some more about what's going to be available on Azeroth in the further few months.


You've modified numerous things with the Warrior and Warlock classes in the patch 1.6. Could you give us a hint about the next classes that may be revisited in the next patch ?

Druids and Hunters are next in line for a talent reevaluation. We can’t dictate which patch this change will go in, as there are extensive calculations and a detailed analysis being done for each class in every situation they encounter. We also want to emphasize that this reevaluation is scheduled for all classes, and each will need to go through the same process.


Concerning instances, there is currently great difficulty diversity between Blackrock Spire (up to 15 players) and Molten Core (up to 40 players). Zul'gurub being an instance made for 20 players, is it planned at short term to offer other high-level instances for groups of around 25-30 players ?

Currently, we feel that a mix of 40 man instances and 20 man instances are sufficient, without having to go into the 25-30 cap range. However, we are already seeing guilds that will take on some major 40 man raids (Onyxia and Molten Core) with less than 40 people. This is to be expected as players increase the power of their characters and improve their strategies. While dungeons can be capped at 40 players, that does not necessarily mean players are obligated to fill out the entire 40. While there is greater difficulty in taking fewer players, it can also yield a greater chance of reward.


Is it conceivable that both Alliance and Horde players could fight side-by-side against a common enemy is some specific game's areas such as the Burning Legion for example, as it was the case in the Warcraft III: Reign of Chaos campaign ?

It is something we might consider later on in the game, but we like promoting the split between Alliance and Horde. It is an important part of the game, and a distinction we want to keep clear. That is the higher priority for us at this time.


Orgrimmar and Ironforge are by far the most often visited cities, mainly due to the presence of the Auction Houses. What do you intend to do in order to encourage players to visit other major/capital cities ? Adding other Auctions Houses to those cities (in Darkness bind them, oops, I mean bind them together) would allow to better balance the crowd, which often poses a great lag issue at Ironforge for some players.

We like that there is one major center of commerce for players to go to, rather than to be spread out over several cities. It focuses all the action to one location, which increases the efficiency of social exchange. If people were spread out, it would be more difficult to effective conduct in trade outside the auction houses, such as offer profession-based services like Enchanting. Also, we want to first improve the looking for group functionality within the game before we “disperse” the population over a larger area. Along with that effort, we do hope to add linked auction houses down the road, but that is still a ways away.


Some Professions and Classes are facing inventory storage issues. E.g. the Warlock class (due to Soulshards) or some gathering professions (such as Herbalists). Is it conceivable to provide special bags, which may be created by players, in order to bring a solution to this issue ? Similarly, would it possible to create some kind of keys holder, which would be useful to store together all the required instances keys.

We are working on specialized bags that can only hold, for example, quest items, soul shards, keys, and profession-based materials. We haven’t decided exactly which kind of bag will be available, but our first goal is to have soul shard bags and key rings.


The Alliance/Horde characters proportion is apparently quite messy on some servers. This mainly poses a real issue on the PvP servers, due to the queuing linked to Battlegrounds, which is often pretty long at the Alliance side, while at the Horde side they have to play in inferior number. Even if the players understand pretty well that a perfect balance can't be achieved, could you give us an example for measure that could be applied in order to bring a solution to this on some Realms ?

We are working at a number of different initiatives. It’s a complex problem, so unfortunately, we don’t have more detailed specifics at this time.


Do you plan adding some new Battlegrounds in short term ? If so, would it be one similar to the Warsong Gulch with fast and very specific objective, or rather more alike the Alterac Valley, with numerous secondary objectives ?

We are very happy with the positive response to the battlegrounds in the game and want to work on developing more such content. At this stage, it’s too early to discuss future battleground plans, but we are always looking to develop content that players find exciting and we hope to have more details later on.


Related to the Alterac Battleground, could we expect it to adapt to the number of present players ? For example, would it be possible that some new guards would be summoned when one of the team suddenly loses numerous players (due to disconnection, or any other reason) ? This could help keeping the Battleground "alive" some longer and avoid frustration at the side of the massive players leaving (for the remaining players).

We do plan on improving Alterac Valley so it is more playable with fewer players. At the very least, we want to make it easier to launch a game of Alterac Valley. Many players have been wondering if Alterac is working, because they are not seeing new instances after a recent patch. The problem is not that the battleground isn’t functioning properly, but that there aren’t enough players to start a battleground instance. Our feeling is that if we can make it easier to start a game of Alterac, more players will be more willing to join the game, filling out the battleground after it commences.


Will Dishonorable Kills be implemented some days for the players that often kill "grey" players on the PvP Realms ?

While we're still evaluating this, it honestly doesn't seem like much of a problem since battlegrounds were introduced. The complaints about lower level “ganking” have decreased significantly since the launch of battlegrounds, so we are happy with the new PvP landscape.


Given your current priority in the to-do list is to add new content, do you plan to allow community teams to often launch new events on the Realms ? Numerous players would wish to take part to unforeseeable events from times to times. It appears that Events are often underused (not occurring often enough) in MMORPGs, despite it's an often discussed subject on forums for example.

We have introduced events during the last nine months after the launch of World of Warcraft, and we continue to create even more events. Our desire is to have regular events, both from within Warcraft lore, such as the Darkmoon Faire and Pirate Arena combat, as well as being tied to real world events, such as Children’s Week and the Feast of Winter Veil. As the volume of event content increases over time, players will be able to enjoy more and more events on a frequent basis. 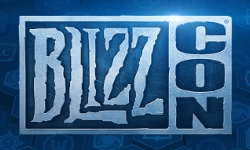 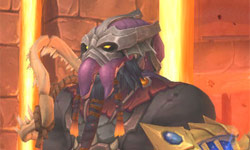 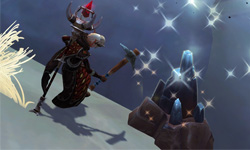 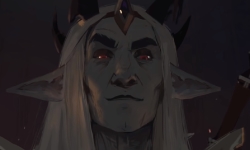